At the London Venue Awards 2018

20 SUPERSTAR LONDON VENUES REVEALED AS TOP OF THEIR CLASS

The successful London venues who took home a champions trophy were:

To see the full list of venues winners and categories visit: http://londonvenueawards.co.uk/winners/

The London Venue Awards reward and recognise the capital’s buoyant venue landscape and have gone from strength to strength over the 4 years they have been held. This year saw more entries than ever before and a ceremony packed with over 420 event and venue professionals.

Rory Ross Russell, Co-Founder of GCN Events, commented:  “London venues are vibrant, versatile and a vital component of the UK economy.  So it is particularly important to celebrate the contributions, applaud the successes and congratulate the enthusiastic displays of endeavour and enterprise we have seen from all entrants, and particularly the finalists and winners. ”

The 2018 Awards also honoured several runners-up with the following venues receiving either a silver or bronze placing:

About the London Venue Awards

Founded in 2014, these awards are the acknowledged accolade to recognise and reward first-class attainment in service and facilities in the London Venue scene.  With an illustrious panel of over 25 superbly qualified judges who hail from the supply & buyer-side winning a London Venue Award is a true mark of distinction. 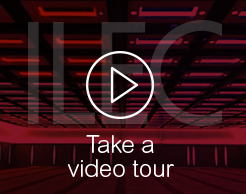 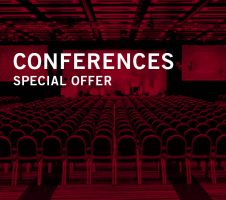 We are in a mission to fight the post holidays blu

Party in style this Christmas! 🍾 We have 3 fabu